The doctors at Tower E.N.T. believe in treating the whole person. This is because a patient is more than a sinus or an ear.

Just as it is important to look into the nose, it is also important to know a person’s whole history and understand what their symptoms are.  For example, Mr. S. V.  complained of ringing in his ears. As part of our Whole Person approach, we routinely take the patient’s blood pressure. His was excessively high; he was seen by his internist and when the blood pressure was normalized, his ringing in the ear cleared.

Often we see patients who have failed therapy.  For example Mrs. F. T.  complained of unsteadiness when walking. She hadn’t benefited by taking several medications for dizziness. But her history showed that she had had a mild case of polio as a child. When we asked her to walk down the hall, it was evident that one leg was weaker than the other. When she was referred to physical therapy, the symptoms were treated properly.

Children are people too! When the right questions are asked, often the solution pops out. Little Jimmy’s allergy was not responding to therapy. Jimmy was allergic to dust. Turns out his grandmother had given him one of the family’s old stuffed bear to sleep with, which gave off dust.

We also measure the blood oxygen on our patients. Mr. B. K. complained that he wasn’t getting enough air through his nose, and felt weak. But his blood oxygen level was too low and he needed therapy for his lungs, not for his nose.

Is the pain due to a sinus infection or migraine? It is vital to diagnose correctly. Just as important as the thorough examination is the history. If the pain comes once a week, preceded by visual changes it probably is migraine. If the pain is steady, helped by aspirin it is not migraine.

By carefully examining the sinus, the difference between sinus and migraine can readily be established. More important, migraine medications can be quite severe.

But migraine can also be missed. Quite often we see a patient who sustained a head trauma and complains of neck pain. Mr. C. F. had an industrial accident and continued to have neck and head pain despite physical therapy and pain medications. He came to Tower in hopes of stopping his pain pills. Turns out he had developed true migraine following his trauma; with migraine medication he was soon able to return to work.

We’ll continue next week in another post. Enjoy the rest of your week.

Tucson Central Pediatrics has been open since September 1, 1998. We are dedicated to giving our patients the highest quality medical care and service in a timely, professional, and compassionate manner. 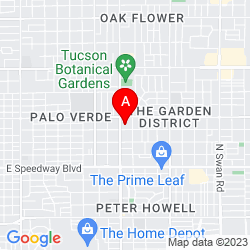